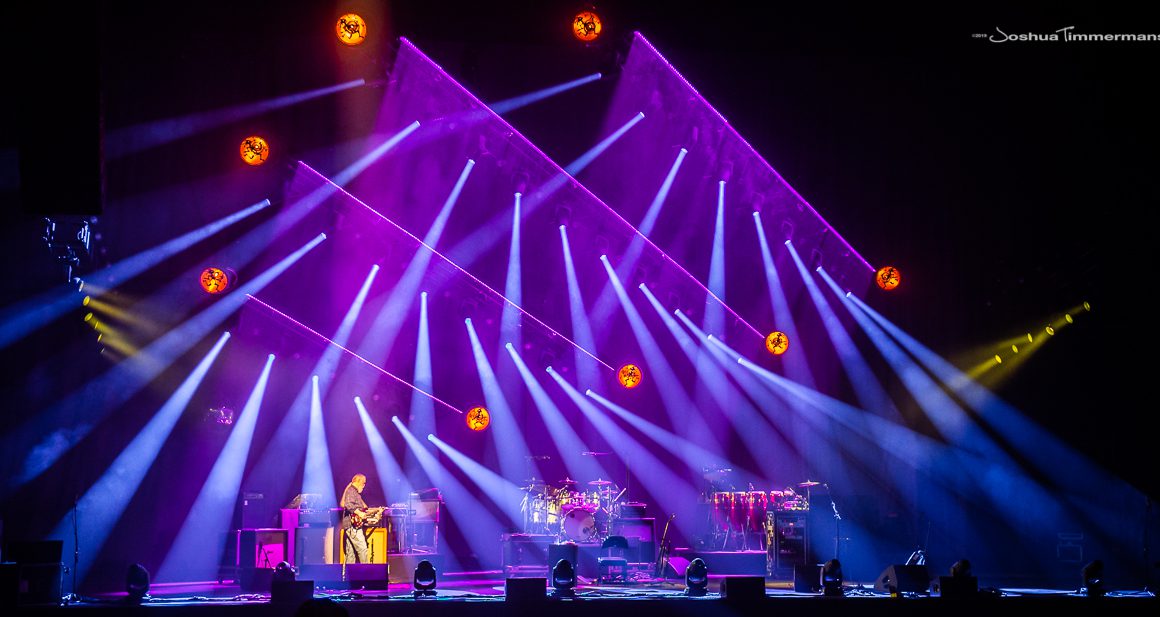 ATLANTA, Georgia – December 29-31, 2019 – In the 1980s, the Athens-grown band, Widespread Panic, took shape in the dormitories of the University of Georgia. They have since become known for their swampy, eclectic live performances and dedicated fan base. Continuing a 32-year tradition of New Year’s Eve runs, the band played Atlanta’s Fox Theatre for three nights over the holiday, delivering songs spanning the history of their catalogue. The run established Widespread Panic as the “Most Played Artist” at the Fox, having played the cherished venue 37 times since 1990.

Paul Hoffman, the band’s LD for the last decade, debuted a brand new lighting rig that demonstrated the magic that ensues when the full talents of his design team are utilized. Along with Mikey Cummings and Kenny Gribbon of Pulse Lighting Design Studios, Hoffman created a light show that stood out from past Widespread Panic designs. 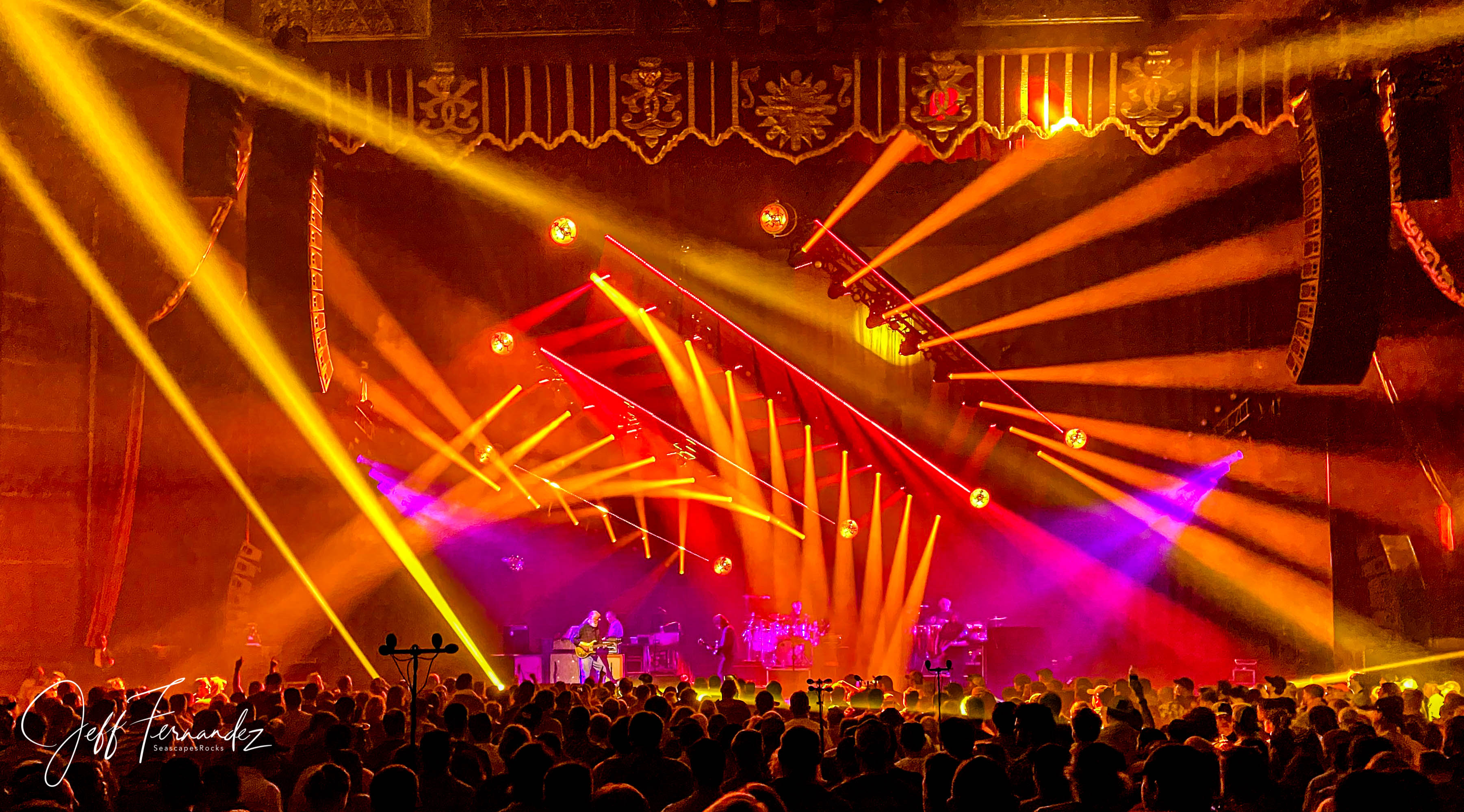 “A partial objective was to do something completely unlike the Panic designs of the past – to shake up the process and come up with something new, weird, asymmetrical and fresh,” Hoffman says.

The team designed a rig with three unique viewing perspectives. They hung X4 Bar 20s specifically on the fronts of the truss in long lines to create sheets of light for everyone on house right. They hung X4 Bar 10s perpendicularly off the upstage side, so from house left, they looked like fans coming out. From the center, the audience saw a blend of those two perspectives.

“It didn’t matter where you sat in the room,” Cummings says. “You got your own part of the rig and therefore your own specific show.”

In a departure from using the biggest and brightest moving-head profile fixtures he can find, Hoffman opted this time for a larger quantity of smaller movers – turning to the Ayrton Mistral-S fixture – also his first real venture into a profile with an LED source. The Mistral uses a bright white LED engine combined with traditional dichroic glass color mixing. Their smaller size and lower price-point allowed more lights to fit in the budget and on the trusses – giving a higher resolution of possible graphical lighting looks. 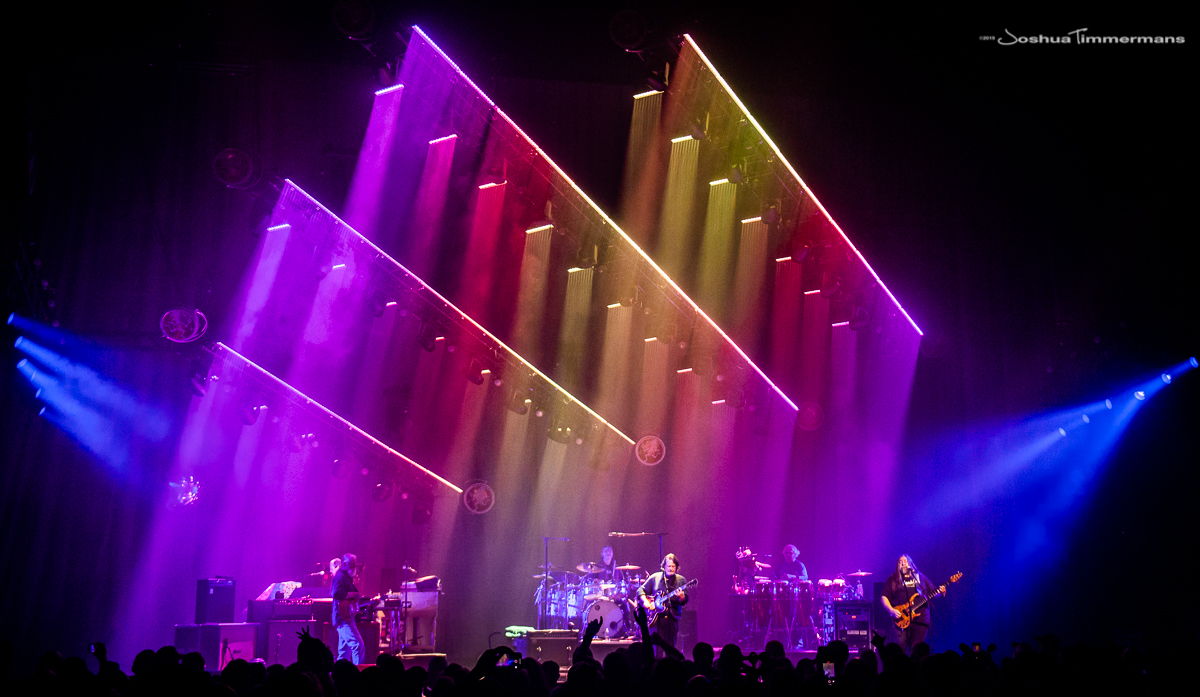 Pulling from the “old barn out back,” Pulse Lighting’s Technical Department resurrected eight Vari*Lite VLMs for a bit of fun. These simple moving mirrors were an oddball item made by Vari*Lite in the early 90s and were favored by touring acts at the time such as Pink Floyd and Genesis. They consist of little more than a mirror on a yoke with PAN and continuous TILT capability. Another surprise were the eight customized Robe PATT 2013s with cutouts of the band’s “Note Eater” logo.

The design team created the design with The Fox in mind, taking advantage of its specific rigging points that are fixed above the audience. This allowed them to bring more effects out into the crowd. Respecting the integrity of the historic space, the team decided to forgo a traditional front truss on the design, allowing the architecture of the building to show through uninterrupted. The majority of the band wash lighting was done from the side. 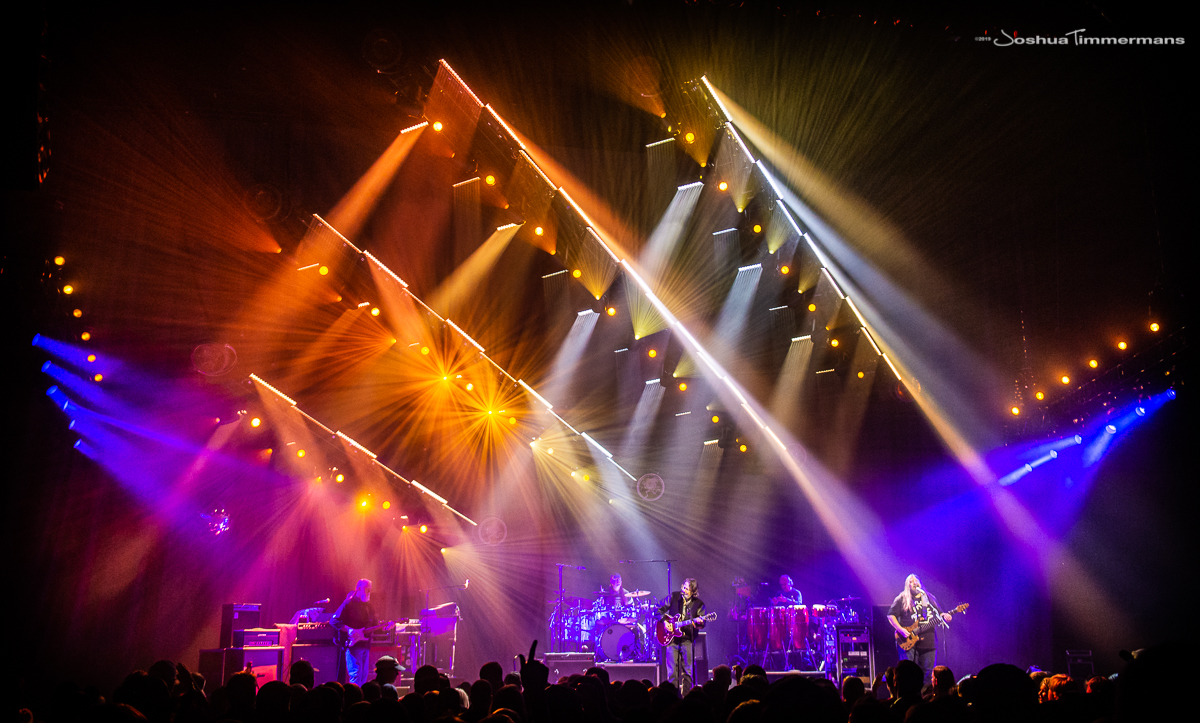 Hoffman praises the hard work of his Crew Chief Andrew Smith and Lighting Techs Ashley Tangaro, Dan Grabus, and Ryan Chesney. “There are always several kinks to work out with a new rig – but all things considered, the Pulse crew did a great job and the project went smoothly over the four days in the theater.”

As always, the audience plays a part in informing the design, Hoffman says. “We like to light the audience and get the crowd involved and ‘pulled into’ the show, but we also want to strike a careful balance of not detracting from the experience of the perhaps less visually-inspired fans.”

Hoffman has an improvisational style, operating the lighting free-form in sync with the music. None of the songs are pre-programmed, so a slightly different look is achieved each time a song is played.

“Widespread Panic pulls from a repertoire of over 400 songs,” he says. “You never know which 20 or 25 you will get on a particular night.”

Hoffman acknowledges that his work for Widespread Panic has evolved since his first involvement in 2006, four years before becoming its LD.

“The designs, technology and operation have changed dramatically over that period of time as I have grown professionally. I look back on some of the earlier designs and cringe now – but such is personal development.”

He notes that the Pulse design team has taken a step away from production video over the past year. He expects the trend to continue for a while. “I do enjoy the video aspects of the show, but in honesty, my strength lies in lighting – I think that element can come in from time to time and take a rest at others.” 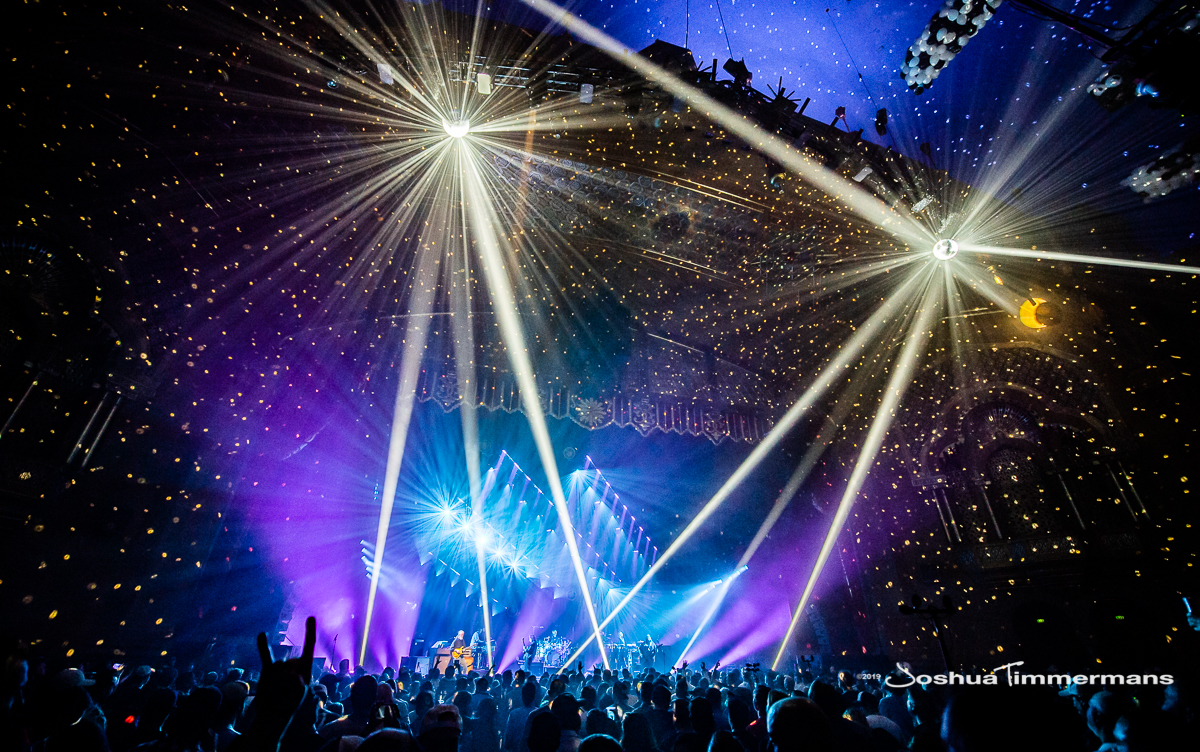