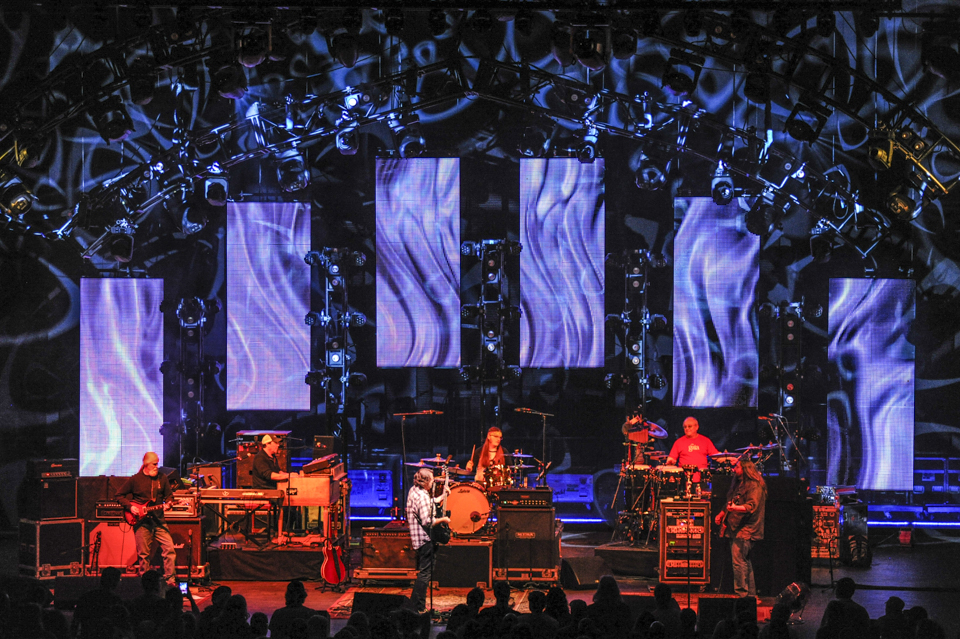 The first half of the Spring 2015 tour was exciting because the band visited several West Coast cities and venues they had not performed in for several years.   The venues on the tour presented fresh challenges for Pule Lighting. Paul presented several new lighting designs on the tour to perfectly fit the venue spaces.

Paul is already hard at work preparing for the second leg of Widespread Panic’s Spring 2015 Tour which starts 14-Apr in Columbia, SC. The 2nd leg of the tour includes 15 shows, with performances at the New Orleans Jazz & Heritage Festival, the Summercamp Music Festival and the Counterpoint Music Festival. Look forward to seeing more amazing lighting design from Paul on this East Coast and Southern journey. Then after a short break the Summer Tour begins!

Be sure to visit us at again at pulselighting.com to track Pulse Lighting out on tour with Widespread Panic and a variety of other dynamic performers and events such as Rebelution, Rhiannon Giddens, Old Crow Medicine Show and the Boston Calling Music Festival.

Learn more  about the professional services Pulse Lighting can provide for you.