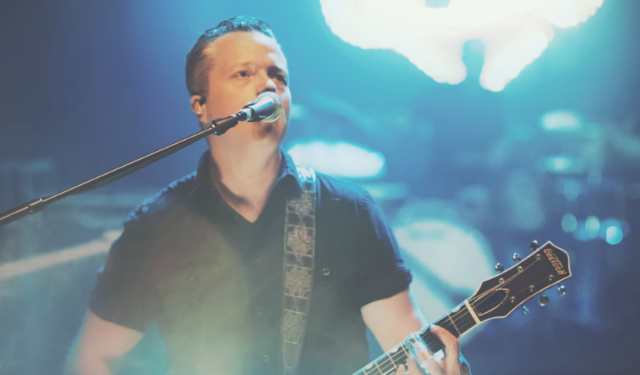 It’s been a big summer for Jason Isbell & the 400 Unit. Last month, The Nashville Sound debuted on the Billboard album charts at #4 in the Top 200 and #1 in Country, Rock, Americana/Folk, Independent, and Tastemaker. A mix of stirring ballads, gritty country, and hard-driving rock songs, the record showcases Isbell’s storytelling prowess with plenty of organ, fiddle and fiery guitar.

Before taking off on summer tour, the band spent a week rehearsing at Pulse Lighting headquarters, brushing up on new material and testing out the latest lighting rig and set piece designed by Mikey Cummings of Pulse. On the last day, the band invited a few hundred fans to the space for a live performance of their lead single, “Hope the High Road.” The official video captures the energy and rousing musicianship exhibited in their live shows. Joshua Britt and Neilson Hubbard shot and edited the footage, which you can watch below.