Since Justin left his small country town in 2012, his career has taken him all over the place. After graduating from Middle Tennessee State University in 2016, he worked everything from small theater shows to big rock shows—from the CMA and ACM radio rows to Tucker Theatre in Murfreesboro, TN. Accustomed to working in a variety of atmospheres and styles, Justin served as the house LD at Marathon Music Works in Nashville before he joined the Pulse crew in April of 2022. He is currently touring with Gov’t Mule as their Lighting Tech/Crew Chief. 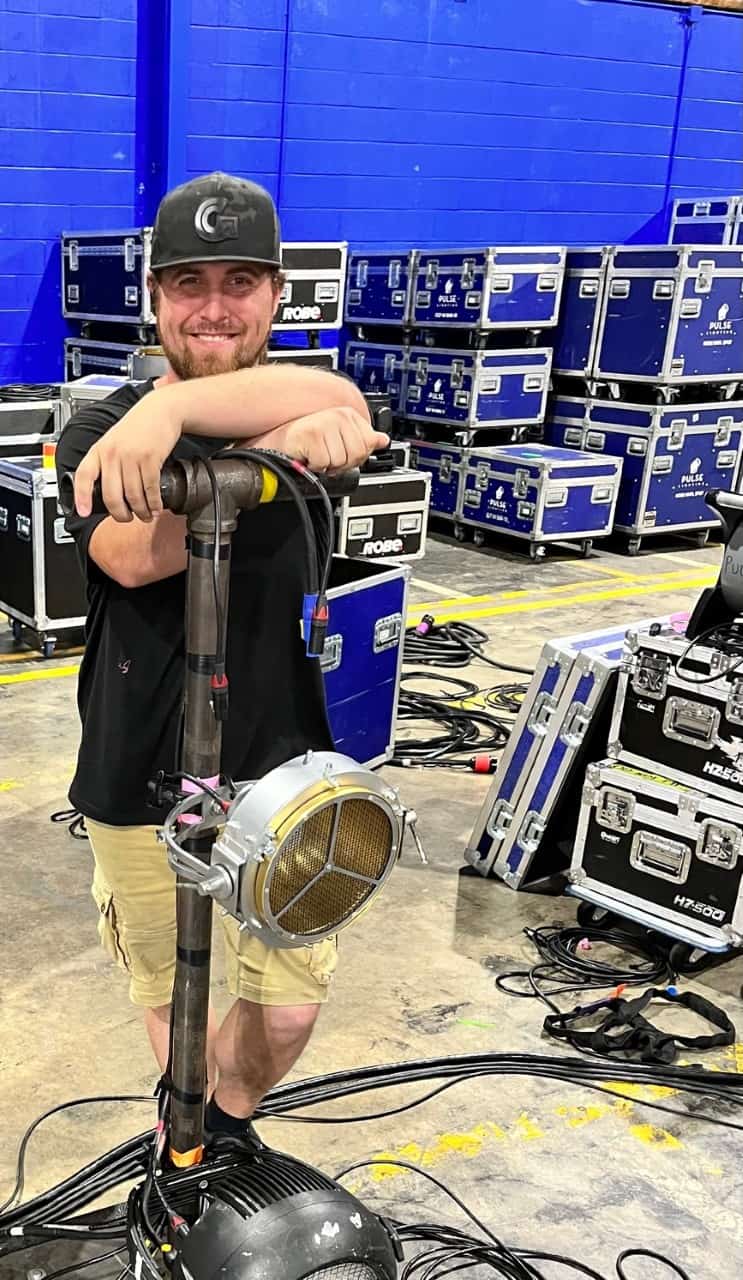